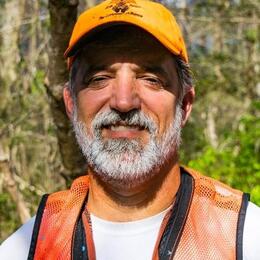 The 12 acres across from the driveway entrance to the nature center and to the north across Cantley Road plus the 68 acres north along the first two thirds of the driveway comprise a mixture of grassland, pine/hardwood forest, and longleaf pine restoration referred to as the Moorer Tract. The larger of the two tracts was purchased in 2013 followed quickly by the purchase of the smaller tract in 2014. In 2020, a hiking trail was added through the wooded areas and back through the longleaf pines to the parking area.

In January 2015 on a wet, 50+F day, University of Missouri students on their alternative winter break planted 29 acres of longleaf pine seedlings in the old farm fields north of the nature center driveway. Planting longleaf pine is very simple. Step #1: Using dibbles (think a 3-foot butter knife), students opened a wedge-shaped hole in the earth, bent over, dropped a longleaf pine seedling into the hole, and then used the dibble to close the hole around the seedling. Planting is easy…completing the job is difficult as it requires repeating step #1 thousands of times.

The old farm fields had gone through decades of corn/soybean/cotton rotations with discing and herbicide treatments leaving little native vegetation in the seed bank. Dog fennel was the most prolific pioneering species to emerge. Dog fennel made it difficult for us to move through the tract and gauge the success of our longleaf planting. However, insects, rabbits, rodents, and a wide-variety of birds--including wild turkey, painted bunting, blue grosbeak, summer tanager, indigo bunting, Mississippi kites, and swallow-tailed kites--found ample forage and shelter within and above the fennel thicket. Though the dog fennel seemed to form a thicket dense enough to block sunlight from reaching the ground, sufficient light reached the seedling longleaf pines to allow them to survive. However, to grow out of the grass stage, the longleaf pines would need more direct sunlight. Bring on the fire!

In the grass stage, longleaf pines are close to indestructible. The long needles protect the terminal bud from the heat of the fire and the tap root the longleaf pine sends into the ground allows new needles to grow should they be scorched. With the neighboring vegetation eliminated by fire, the longleaf pine thrive in the abundant sunlight and begin rapidly increasing in height in what is called the rocket stage. Once above five feet tall, the longleaf pines again become mostly immune to fire, as long as that fire returns in regular intervals to prevent excess fuels from accumulating, which would result in larger, hotter fires.

After several fires, the dog fennel has been replaced by a mixture of bunch grasses, goldenrod, blackberries, and woody groundsel. Fires earlier this month burned readily through the grasses and reluctantly through the goldenrod. Although uneven burning of a tract is beneficial, as it provides refugia for wildlife and fails to consume all of the woody material in more mature stands, it is not planned. Terrain, wetlands, fuel loads, and wind are some of the factors that dictate where and how a fire will burn.

Grasses begin showing new growth after only a few days. New vegetative growth is more palatable to wildlife, which is yet another reason for periodic fire. Additionally, after a fire, many plants will germinate and/or produce seeds or fruit desirable to wildlife.

A mature longleaf pine stand has been described as a prairie with some trees. There should be an abundance of space and light between the longleaf pine trees. Therefore, we always plant more trees than we intend to see reach maturity. Mortality begins at planting. Some seedlings are not physically fit or are improperly placed in the ground. Weather (drought, hurricanes, lightning, ice storms), insects, wild hogs, fire, competing vegetation are but a few additional factors that affect longleaf pine survival. However, more than enough of the well-adapted trees become large enough to elude the previously listed threats and we will need to selectively cull less desirable trees (crooked growing, weather damaged, multiple trunks, etc.) to create the open stand we seek.

The only thing that is certain is that the longleaf pine stand will look different in a year and the next fire will be unlike the one we conducted this month. 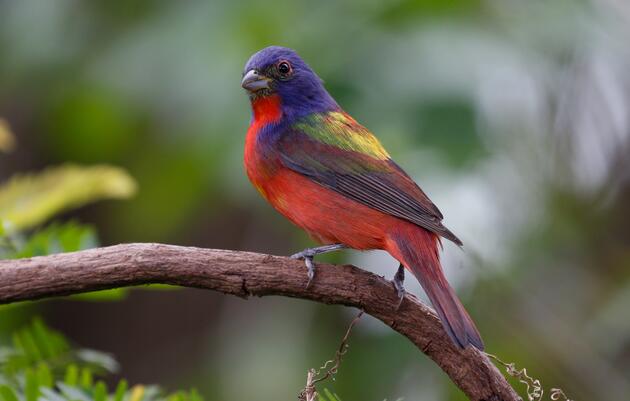 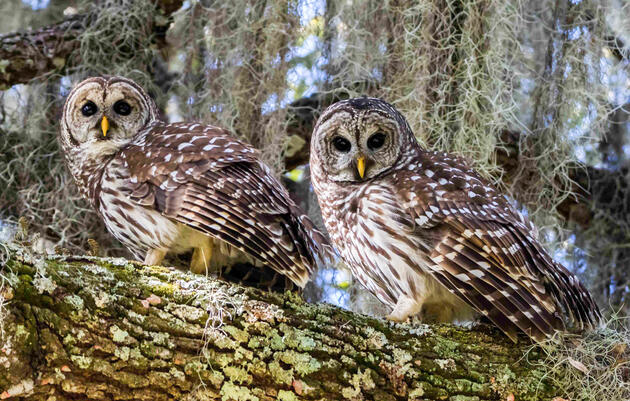 We think you love Beidler as much as we do. Support your favorite swamp today!

As you make your end of the year giving plans, we hope you'll consider a gift in support of Beidler Forest Audubon Center & Sanctuary and the birds we protect every day! 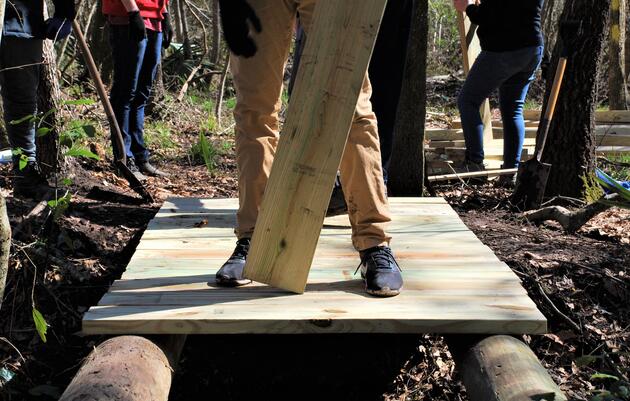 New bridges are ready for your hike!