Thanks to a grant from the South Carolina Conservation Bank and a donation by the National Audubon Society,  Audubon’s Silver Bluff Sanctuary in Aiken County is now permanently protected by a conservation easement.

Protecting the sanctuary been a priority for Audubon South Carolina’s Executive Director Sharon Richardson since she came on to lead the organization in 2015.

“Silver Bluff is a cultural and historical gem, and a continentally-recognized Important Bird Area,” said Richardson. “I’m thrilled to know this special place will always be protected, regardless of who may own it in the future.”

A recent announcement of the easement—which is held by the Lowcountry Land Trust in partnership with the Aiken Land Conservancy—drew a big round of applause from members of the Augusta-Aiken Audubon Chapter, according to Silver Bluff Sanctuary Manager Paul Koehler.

Having worked at Silver Bluff for 32 years, Koehler has witnessed the evolution of the property that was bequeathed to Audubon by an avid quail hunter who lived in Philadelphia.

While there have been many improvements during that time, the proceeds of the endowment created by the sale of the easement open up an array of exciting possibilities—not least of which is shifting from a forest management strategy that prioritizes the sale of timber to one that prioritizes ecological restoration and wildlife enhancement.

With its nearly 700 acres of planted longleaf pine and Red-cockaded Woodpecker colonies in nearby Hitchcock Woods and the Savannah River Site, the sanctuary is working with the South Carolina Department of Natural Resources to explore the possibility of adding nest inserts for the endangered species. The land could also be used as habitat for two other threatened species—gopher tortoise and indigo snake—as well as for Bobwhite Quail.

Bringing those stars of the Southeastern forests to Silver Bluff could add greater allure to a sanctuary that has already hosted thousands of Wood Storks over the years.

Silver Bluff is home to about 1 percent of the state’s Wood Stork population during the summer—a significant figure considering the bird’s wide breeding range, which spans the entire south edge of the United States and into Central America.

As a result, photographers and birdwatchers flock to the sanctuary, braving the late summer heat to see this prehistoric-looking species feed and rest. To mark the migration, Audubon South Carolina hosts an annual Storks and Corks fundraiser, which helps support the sanctuary’s conservation efforts.

Beyond wildlife and ecological diversity, Silver Bluff features historic resources dating back to the 1700s, a community pollinator garden, beautiful horse trails, training sites for bird-friendly forestry, and a place of solitude and respite for residents of the nearby communities of Aiken and North Augusta.

The successful effort to protect Silver Bluff is another feather in the cap of the Lowcountry Land Trust, which is excited to count Silver Bluff among the 140,000 acres it has protected in South Carolina. The Land Trust is particularly interested in properties like Silver Bluff that have significant river frontage, which provide signification benefits to downstream communities in terms of water filtration.

For Richardson’s part, she looks forward to increasing visitation to the sanctuary, which currently is about 4,000 annual visitors.  “The potential for growth is outstanding,” she said. “We want to create a more user-friendly public space that is not only a sanctuary for birds and wildlife, but truly a resource for the Aiken-Augusta community and the state of South Carolina.” 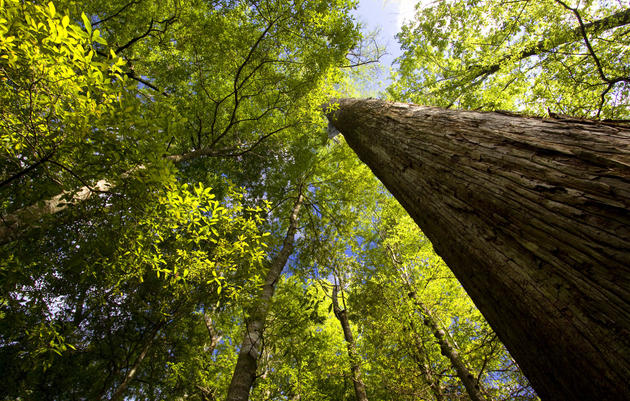 Birds Come Out on Top at the SC Statehouse 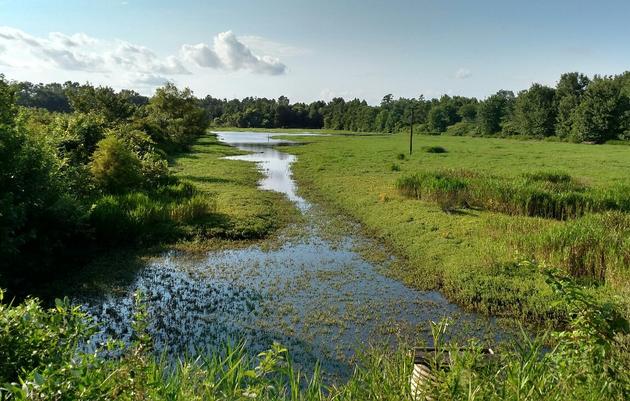 S.C. Should Be Proud of Conservation Bank's Success

From sandy beaches and cypress-tupelo swamps, to longleaf pine savannas and everything in between, South Carolina’s beautiful landscapes attract visitors and businesses from around the world. Protecting and preserving these valuable spaces should be a priority for all citizens in the Palmetto State.