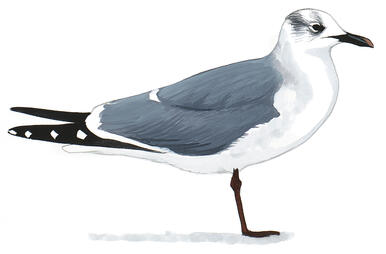 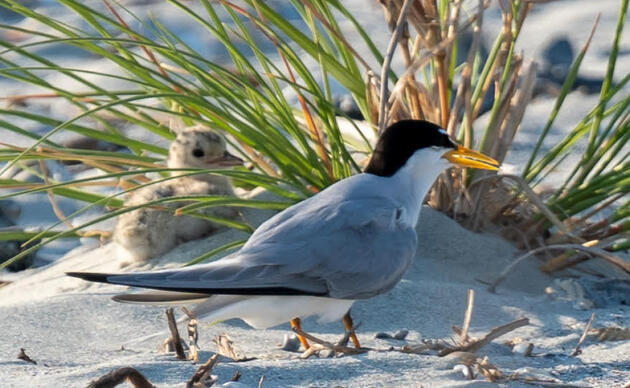 While not every South Carolinian identifies as a “birder,” I believe most people have a deeper appreciation for birds than they actively realize. For instance, can you imagine looking out on the horizon at any SC beach and not seeing squadrons of pelicans flying above the waves, or performing aerial acrobatics as they dive into the ocean for fish? Or taking a beach walk without hearing the unmistakable sounds of gulls and terns overhead and seeing shorebirds scurry after tiny worms and crabs along the edge of the surf?

Birds are part of the skyline and built-in surround-sound of South Carolina’s beautiful coastline. But if we don’t take actions to protect them, many of the sights and sounds that are the hallmark of our state’s coastal region could be erased for a lifetime.

For this reason, I can think of no better occasion than Endangered Species Day to celebrate the natural resources that are South Carolina’s birds, appreciate what they add to our quality of life, and educate ourselves on the steps we must take to protect them for future generations.

One such step is sharing the beach with birds who need the space to rest and nest for survival.  Take the Least Tern, for example, which is threatened species in South Carolina. This small, orange-billed beach-nesting bird uses a unique survival mechanism to protect its eggs and young chicks—which is to temporarily leave the nest in the presence of predators, in hopes of diverting their attention away from the nest. Least Terns have successfully defended their offspring this way for ages; that is, until people and dogs began using the beach in such high numbers.

To Least Terns, and many other bird species, people and dogs look like fierce predators. When we approach their nesting sites, the birds flee, leaving their eggs and chicks vulnerable to the hot summer sun that can kill them in a matter of moments.

With millions of people descending on South Carolina’s beaches every year, Least Terns get overwhelmed and abandon what otherwise would be perfectly good beach-nesting sites. Over the years, this dynamic has resulted in concerning population declines for this and many other coastal bird species.

Audubon’s Shorebird Stewards program is designed to give Least Tern populations, and other birds like them, a chance at recovery. Since the program was started in 2016, Audubon South Carolina has trained and deployed hundreds of Shorebird Stewards, who work hard every season to engage and educate beachgoers about the issues facing coastal birds, and the actions they can take to keep protected populations safe while they are nesting.

By all accounts, the program has been a great success. If you’ve recently been to Folly Beach, for example, you may have spotted a black and white shorebird with a vivid orange bill and bright yellow eyes between the dunes and the waterline. These birds, known as American Oystercatchers, never nested on Folly before the Shorebird Steward program was established. Now, these shellfish-loving birds have put down roots, and you can catch them building nests and hatching chicks every summer. We’ve seen this happen with other birds, and on other beaches, that our Shorebird Stewards protect, as well.  We celebrate and appreciate the work these volunteers do create an environment where birds can nest and raise their families with minimal disturbance from beachgoers, and welcome others to the fold who might help us spread the word.

With North American shorebird populations decreasing a staggering 70 percent since 1973, we must also do everything in our power to preserve South Carolina’s rich birdlife.  Educating the public on birds and how our behavior impacts their survival is a crucial element—but it is only one piece of the puzzle.

We must also take steps to protect these birds and their habitats from the impacts of climate change, development, overfishing, and pollution. This includes being intentional and strategic in our region’s approach to growth, if we hope to preserve the lands, waters and wildlife that draws so many people, tourists and business to our great state to begin with.

You don’t need a pair of binoculars to see how important birds are to South Carolina’s shoreline communities. And you don’t have to work at Audubon or sign up as a volunteer to do your part to help preserve this natural resource that is so fundamental to the sights and sounds of this beautiful region we call home. Most of the time, all it takes is keeping your distance from the birds and keeping dogs leashed and away from important bird areas while at the beach. However, if you do want to learn more and even volunteer, you can visit sc.audubon.org/coasts to get started!